Why Anna Karenina is a Difficult Movie 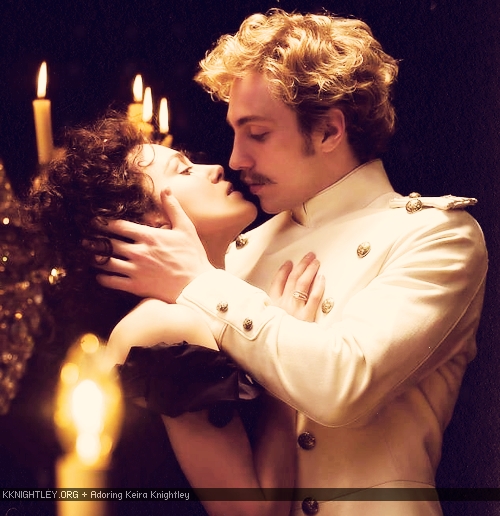 It’s been said before, and it’ll be said again: Anna Karenina is one of the best novels ever written. It interweaves the story of three couples: Oblonsky who cheats on his loving wife Dolly, the young love and courtship of Constantin Levin and Kitty, and Anna, who leaves her husband to become the mistress of Count Vronsky. It’s complex. It’s tragic. It encompasses nineteenth century Russian politics. This is why, at over 800 pages, it is a difficult novel to adapt to the screen.

Of course it’s been done before, most notably with Greta Garbo and Vivian Leigh, each failing to capture the over-the-top life of Imperial Russia, the great tragedy of Anna, the grand epicness of the entire novel, and in some cases, the relationship between Anna and her son. Some have even had happy endings (1927’s Love), completely unraveling the premise and point of the novel. I’ve seen several versions, and have been unsatisfied with them all.

The 2012 version falls into the same pitfalls. The story itself takes place around a stage, which makes no sense given it is neither a play nor are any of the characters actors. Everyone is constantly moving, and the entire movie is very arty, which is very inappropriate for the tragic story of Anna and Vronsky, which of course is the main focus of most movie versions. Actually, this whole movie is inappropriate. It’s full of bright colors, it’s arty for the sake of being arty, it’s a far cry from the novel it steals its name from.

I enjoy Keira Knightly, and seeing her reunite with Matthew MacFayden (who once played Mr. Darcy) made me as giddy as a schoolgirl. The costumes were beautiful, but the movie itself was just bizarre. Can someone, hopefully BBC, turn this into a miniseries so we fully encompass the greatest of what is Anna Karenina rather than just focus on the title character? Can we do it right, just once, with all the grandeur and splendor of Imperial Russia and the underlying conscious of a country divided just before the October Revolution? Don’t do me like this, Hollywood. Don’t do this.

You’d have to be either a madman or a genius to take a novel that’s over 800 pages long and condense it into under 2 hours. The story of Anna by Leo Tolstoy is considered to be one of the greatest novels ever written and I was shocked to see it ever made it to the silver screen simply because of the expectations that would go along with it, not to mention the large cast of characters. But in the 1935 Anna Karenina, it kind of worked.

Anna Karenina, the novel, is essential a soap opera. The title character must choose between her lover and social exile or her son and an unhappy marriage. But that’s only a small part of it. It also follows two other couples and several smaller characters through a long span of time and through infidelities, divorces, marriages, and Russian politics. It’s almost too much to handle for the casual reader. What I liked about the movie of the same name was that it focused almost exclusively on the affair of Anna and Vronsky, played by Greta Garbo and Frederick March, with short snippets of the first couple fighting over an infidelity and the second couple’s marriage. These short snippets are what gives an emphasis to Anna and Vronsky, while not taking away any of the attention or making it overly long.

Garbo also stars in the 1927 silent version, Love, opposite John Gilbert as Count Vronsky. While this version isn’t to be dismissed, I wouldn’t pay it my highest regards. Though the chemistry between Garbo and Gilbert is electric (as in another favorite, Flesh and the Devil), this movie took the basic outline of Anna Karenina and then went off into its own little world, which would be fine and all if they had given the characters different names and didn’t take place in Russia. The most unforgivable aspect of this film is the ending where they cut out the great tragedy of the novel, where there was catharsis for all the wrongs and selfishness of the characters, and decided to go a happier route.

Two movies on the same books with the same female star. The first is more authentic, closer to the book without becoming a miniseries, the second with a happy “Hollywood” ending. Obviously neither of them completely satisfies us because we keep making other versions of Anna Karenina, with the title character being played by the beautiful Vivian Leigh and, most recently, Keira Knightly. I’m going to watch both in the coming weeks and decide who truly captures the spirit of Anna without being too overwhelming.