Beyond 9/11: Portraits of Resilience

Posted by goodflickas on 06/27/2012
Posted in: Documentary. Tagged: 9/11, Beyond 9/11: Portraits of Resilience, Documentary, HBO, Time Magazine. Leave a comment

This is a presentation of TIME magazine in association with HBO. 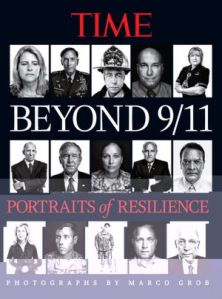 With the ten year anniversary having come around last year, I thought I’d seen everything about this tragic chapter of American History. Watching the plane strike the first tower, people jumping out of the burning building, the two towers collapsing and people running for their lives on the streets, the rubble left over as firemen started cleaning up. This was a little different.

What made this interesting was that they focused not on the event itself, but the people who were involved. They talked to businessmen who were trapped in the South Tower, told not to evacuate just before the second plane hit. They told their story of survival, of how one of the men heard someone shouting for help was able to rescue one more life. They got the story of the man who was late to work taking his son to kindergarten, whose entire floor had been annihilated. Then they talked to the firemen and the first responders, the president, vice president, and secretary of defense. They even talked to someone who was sent to Guantanamo Bay and a mother whose son had been killed in Afghanistan. This documentary covered the entire story, from beginning to present day.

But it didn’t seem like enough. This was one of the greatest tragedies in American history, when so many innocent people were killed. It is something whose aftereffects we’re still living with today. And the tales of heroism, of survival, keep piling up and this told so few stories. These are the things we need to remember about this day: how we all came together in the face of tragedy and danger. This almost wasn’t big enough to accomplish that.