Grab a Drink First, You May Need It

Posted by goodflickas on 04/04/2016
Posted in: Uncategorized. Leave a comment 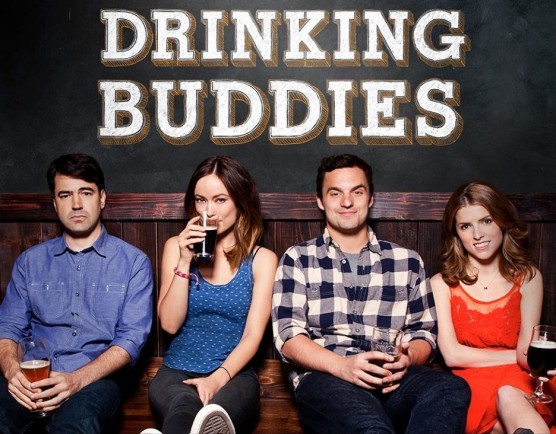 You are hard-pressed to find more charismatic, intelligent leads than Olivia Wilde and Anna Kendrick. Too bad their characters have as much freedom to explore as a Jack-in-the-box.

Kate (Wilde) is the sole female in a testosterone infused brewery. To fit in with the bros, she makes crude jokes, swears excessively, and smells under her armpits. Any trace of conventional “femininity” is long gone. But she’s still quite the catch. Ultimately she nabs the attention of her best friend Luke (Johnson). Luke and Kate tiptoe around full-on flirtation and act jealous over each other’s dating lives. Kate’s in a completely mismatched relationship with the ultra droll Chris (Livingston). Luke is engaged to Jill (Kendrick), a bubbly free spirit. Despite the fact that both Kate and Luke are in their late 20s/early 30s, neither is brave enough to admit their feelings. It could be because they still find humor in putting deli meat onto each other’s faces. Neither has quite grown up yet.

Drinking Buddies is refreshingly unHollywood with its depiction of the often coy relationship that exists between best friends who have been best friends for so long that the chemistry lines begin to blur. The only characters who don’t seem completely bored by life are Kate and Luke. Their lack of maturity or sense of responsibility could have been explored a bit further. Are they content with their lives? It is hard to get to know these characters underneath their goofiness. It is a film that goes down easy, but it’s like a tasteless beer that comes free with a burger.